India’s skipper, Virat Kohli was more than just delighted after India’s solid start to the year as they claimed another dominating win by 78 runs against Sri Lanka in the third T20I in Pune on Friday. India clinched the series 2-0 after the win in Pune,. The Indian openers KL Rahul and Shikhar Dhawan stitched a huge partnership of 97 runs as India amassed 201/6 after being asked to bat first by the Sri Lankan skipper, Lasith Malinga.

India’s veteran opener, Rohit Sharma was rested for the just-concluded series and with India looking to find a decent combination ahead of the T20 World Cup to be played in October, Virat is now spoiled for choice as far as openers are concerned. However, the Indian captain gave a stern response to the query about the opening slots.

Navdeep Saini claimed three wickets to help dismiss Sri Lanka for 123 in 15.5 overs despite a fighting 57 by Dhananjaya de Silva and he claimed the man of the series trophy as well. Shardul Thakur also played a crucial part after playing a whirlwind knock of 8-ball 22 while batting down the order and then taking two wickets.

Talking about him, Kohli said, “We don’t want to be a team that is tentative batting first. How confident we are batting second, we want to be like that batting first as well. Two very clinical performances, so I’m very happy. Just the confidence of getting that 200-run mark every now and then will put us in good stead. That middle collapse was challenging and what Manish (Pandey) and Shardul did was very good.”

India will now be locking horns with Australia for a three-match ODI series starting in Mumbai on Tuesday. 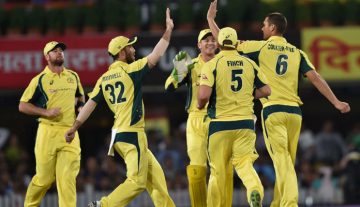