Gearing up for the limited-overs series against the West Indies in Ahmedabad, former Indian skipper Virat Kohli has had a chat with Yash Dhull-led Team India side in the lead-up to the ICC U-19 World Cup final. Young pacer Ravi Kumar, who was a part of the Dhull-led Indian side, had asked Kohli about the latter’s weakness during the one-off session over a zoom call.

Virat Kohli, who famously led the Indian U-19 side to win the World Cup in the 2008 edition, was roped in as a guest motivator by the Indian think tank ahead of the junior World Cup final between Dhull-led side and England. During the interaction with the boys in blue with the former Indian skipper, pacer Ravi Kumar asked Kohli about his weakness.

Taking cognisance of the query, Virat Kohli came up with a hilarious reply which left the young pacer shocked. According to a report filed by the Indian Express, the Indian fast bowler opened up about his interaction with Kohli after Dhull-led Team India went on to win the U-19 World Cup title by defeating England in the summit clash.

Ravi Kumar said, “I asked him what is his weakness. And he replied, ‘kyun abhi se out karne ki training kar raha hai kya’ (Why? Have you started training to get me out already, laughs)?” Batting icon Kohli had a memorable interaction with young guns Rajvardhan Hagargekar, Kaushal Tambe and U-19 captain Dhull ahead of the U-19 World Cup final.

ALSO READ: Rohit Sharma Delighted To Get Back In The Runs Column In Ahmedabad

Often dubbed as one of the greatest leaders in the history of the game, Virat Kohli is India’s most successful captain in the longest format of the game. He decided to resign as the captain of all formats after India’s tour of South Africa. Kohli was replaced by opener Rohit Sharma as India’s full-time captain in white-ball cricket. 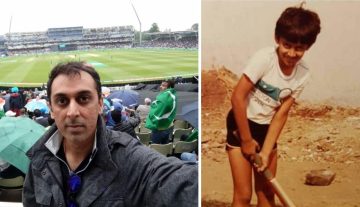