The Indian skipper, Virat Kohli said that his team is ready to introspect and resolve their mistakes during the two-match series whitewash in New Zealand. He also said that they would not be giving any excuses for the loss as they are well aware of the fact that their batsmen failed to support bowlers as the two Tests only lasted for seven days.

India lost the second Test by seven wickets as the Kiwis thrashed them inside three days in Christchurch. It was his 1st series whitewash as captain in Tests as New Zealand had clinched the 1st Test by ten wickets inside four days.

Talking to the reporters about the loss during the post-match press conference, Kohli said, “It was a matter of not having enough intent in the 1st Test. When you sit down and look back at this series, you have to give credit to the way the New Zealand bowlers bowled in the right areas long enough. It was a combination of us not executing well and New Zealand playing really well in their conditions.”

He further elaborated, “As a batting unit, we generally put up a fight, put up scores on the board. It was just not enough done by the batsmen to give the bowlers a chance to try and attack. The bowling was pretty good. Even in the 1st Test, we bowled well. I think, to win series and matches overseas, you need to have a balanced performance between ball and bat. That was not there.”

India lost the toss in both the Tests and started with a disadvantage, but Virat said India isn’t going to give that as an excuse. The skipper said the Indian team would introspecting on the mistakes and will be correcting them shortly.

ALSO READ: Ishant Sharma’s Injury Relapse Will Be A Wakeup Call For NCA

Talking about the same, Kohli said, “Toss you could think about that being a factor but we are never a side that thinks like that. It did sort of extra advantage to the bowlers in the 1st 2-3 hours of each Test. But as an international side, especially like we were playing so well over the last 2 series we have to understand the conditions and adapt to it. We were not able to do it here. So we are not going to take any excuses, only learnings and mistakes and we will try to rectify it.”

India is still leading the charts on the World Test Championship table with 360 points from 9 matches, but three losses in their last 4 SENA tours have raised some serious concerns for the Indian team management. 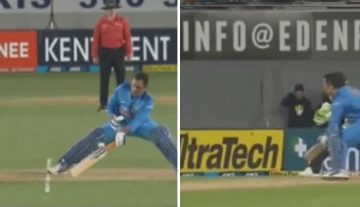