Women’s Day is just around the corner and a day before it, the Indian skipper Virat Kohli has shared a beautiful message for all females. In his message, Virat says he feels every day is and should be celebrated as women’s day. Virat shared a video on his Twitter account which starts with him wishing Happy Women’s Day but then realizes that it isn’t the right day and then question why it wasn’t yesterday or tomorrow.

Sharing the video, Kohli wrote, “This day or the 364 others, a Woman’s day is every day. Nothing but respect and a Happy Women’s Day to all. Every day. #HappyWomensDay #WomenPower #WomensDay2019”.

This day or the 364 others, a Woman's day is everyday. Nothing but respect and a Happy Women's Day to all. Every day. #HappyWomensDay #WomenPower #WomensDay2019 pic.twitter.com/ZinUojilyX

Meanwhile, on Tuesday, Kohli has smashed his 40th ODI century in Nagpur. He has been in ominous form and India’s fortunes at the World Cup later this year will revolve majorly around Kohli’s form. If he gets among the runs, the Men in Blue should find themselves in a position of strength.

The Men in Blue are currently in Ranchi as they will be locking horns with Australia in the 3rd ODI that will be played on March 8 at the JSCA stadium in Ranchi. Kohli and his men have already taken a 2-0 lead in the ongoing five-match series and now they will be looking forward to will look to seal the series at Ranchi.

ALSO READ: Virat Kohli Reveals The Final Over Chat With Dhoni And Rohit

If he gets to 76 in Ranchi on Friday, then Kohli will only be sitting behind Tendulkar and Ganguly. 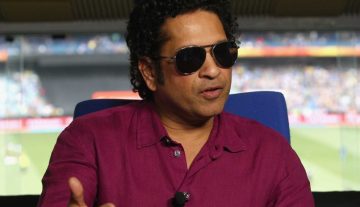