The Indian skipper, Virat Kohli who is regarded as one of the best batsmen in modern-day cricket and one of the most successful Indian captains in the longest format of the game has decided to resign from captaincy in T20Is after the upcoming T20 World Cup 2021. However, his announcement seems to have given a rise to a plethora of rumors regarding indie talks of the Indian dressing room.

Meanwhile, according to the latest reports of the Telegraph India, things started getting heated up inside the dressing room after the recent World Test Championship (WTC) final defeat against team New Zealand. During a media interaction after the loss, Virat Kohli spoke about the ‘lack of intent’ of the Indian team and it didn’t go down well with at least one senior player on the team. Also, reports suggest that that senior cricketers even approached the BCCI secretary Jay Shah about this statement by Kohli.

Now reports have suggested that this player was none other than the veteran off-spinner Ravichandran Ashwin, who played in the World Test Championship final, but nothing has been confirmed as of yet. The source during a chat with The Telegraph India has said that several cricketers in the team are unhappy with the attitude of Virat and he is no more an inspirational leader on the side.

One of the sources of the Telegraph said, “Kohli is losing control. He has lost respect and some of the players are not liking his attitude. He is no more an inspirational leader and he doesn’t earn the players’ respect. Some of them have reached their limits when it comes to dealing with him.’

Also, it has been told that when one of the members of the coaching staff tried to give some suggestions to Virat Kohli for his batting Kohli shot back at the coach stating’ don’t confuse me. However, given how Kohli kept Ashwin on the bench throughout the England Test series is an indication of something as per the report.

Elaborating the same, the source said, “That Kohli failed to play big innings has also complicated the issue. Recently, one of the coaches offered some suggestions at nets but the captain shot back saying ‘don’t confuse me’. He’s just failed to handle it and it’s showing in his aggressive behavior.”

Meanwhile, the Royal Challengers Bangalore (RCB) skipper is currently in United Arab Emirates (UAE) for the second phase of the Indian Premier League (IPL) and once again he will be hoping for a better outcome just like the performance in the India leg of the cash-rich league. Notably, soon after that Virat Kohli will be lead Team India in the T20 World Cup 2021 which will be his last assignment as the T20I captain. 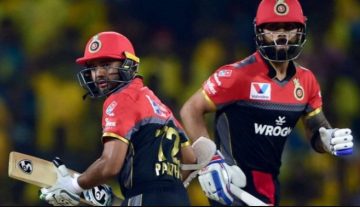