On Saturday, the Indian skipper, Virat Kohli clearly stated that the is not in favor of the “four-day Test” proposed by the ICC as he is not in favor of any alterations which hurt the sanctity of the traditional five-day format. The ICC wants to try out the four-day Test matches during the next FTP cycle between 2023-2031 in order to get more free days for the commercially lucrative shorter formats.

While this is at the proposal stage, Cricket Australia had expressed its keenness to try out the format even though senior bowler Nathan Lyon termed it “ridiculous”.

Expressing his stand on the scenario, Virat said, “According to me, it should not be altered. As I said, the day-night is another step towards commercializing Test cricket and you know, creating excitement around it, but it can’t be tinkered with too much. I don’t believe so. You know the Day-Night Test is the most that should be changed about Test cricket, according to me.”

The India captain feels that the intent in reducing a day from five can’t be right and then one might talk about having “three-day Tests”.

Explaining his views further, Kohli said, “Then you are purely only talking about getting numbers, entertainment and you know. I think the intent will not be right then because then you will speak of three-day Tests. I mean where do you end. Then you will speak of Test cricket disappearing. I don’t think that is fair to the purest format of the game. How cricket started initially, and you know five-day Tests was the highest of tests you can have at the international level.”

With one of the most influential cricketers expressing his displeasure, ICC might find it difficult to implement it.

The Indian skipper further added, “T20 was a revelation (in terms) of the introduction of a new format. I was asked about the 100-ball format (introduced by ECB) and I said I am not going to go and try myself out in another kind of format because there’s already so much going on.” 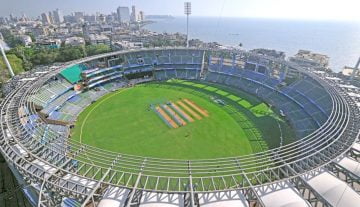 News
By CricShots - Oct 12, 2018
Ind vs WI: The Fourth ODI Will Not Be Played At The Wankhede Stadium