The outbreak of the Corona Virus has brought the world to a standstill. It has also halted all the sporting events as a safety measure for the people and avoid the mass gathering of crowds. The cricketing calendar has suffered because of the same. With no cricket going on, all the cricketers have a lot of free time on their hands right now. Many cricketers have also been proactive on their social media in the past few weeks due to the lockdown.  On Sunday, India cricket skipper Virat Kohli joined hands with his footballing counterpart, Sunil Chhetri for an  Instagram Live session.

During the session, Kohli recalled the epic the quarter-final match in the 1996 Cricket World Cup at the M. Chinnaswamy Stadium. He revealed where he was when  Venkatesh Prasad clean bowled Pakistan Aamir Sohail and gave his arch-rival a proper send-off after Chhetri asked him a question.

Kohli said, “I was at home. I celebrated in the same manner as I do today. For me, there is no clean bowled as satisfying as that in the history of the sport. It is one of the most iconic moments.”

Chhetri responded to Kohli’s comment with, “That day, not many people in India would forget, regardless if you were a cricket fan or not.”  Kohli added, “Those memories are golden memories.”

During the captain’s interaction, Virat Kohli spoke on his admiration for Portuguese international Cristiano Ronaldo. Kohli expressed how the Juventus striker consists of a ”beast mentality”.

Kohli said, “He is such a big football fan especially Neymar”s. He can talk about it a lot because he is very knowledgeable and he can play well online. But if you hand him the ball, he can’t do it.”

Kuldeep wrote, “Jhuth Bhaiya (lies brother)” in the comments section after Kohli’s acquisition on the spinner. 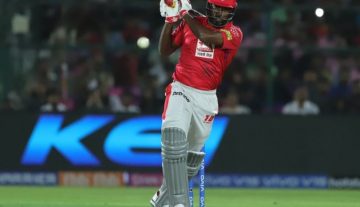