The captain of Royal Challengers Bangalore, Virat Kohli, has recently shared his views over opening the batting this season in the 2021 edition of the Indian Premier League (IPL), as he feels it will help the team to create the right balance. 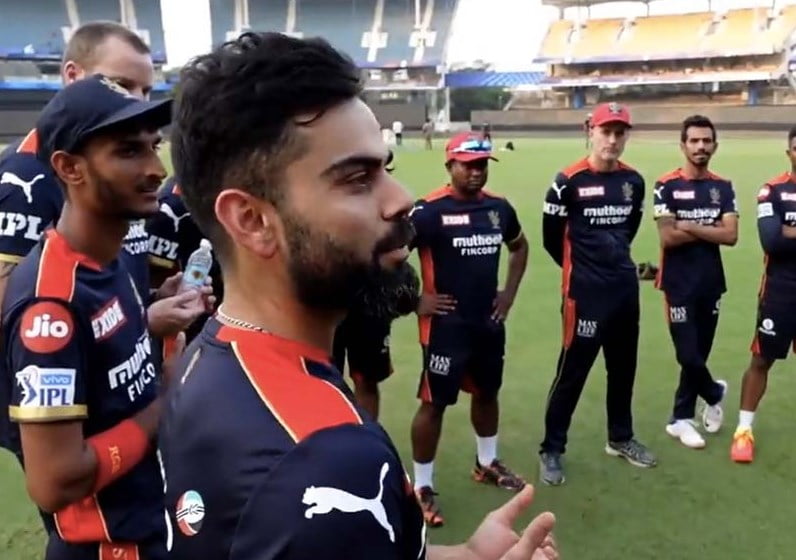 However, Kohli has already shared his desire to open in IPL 2021 during the recently concluded T20I series against England at home. In the last T20I, he opened along with Rohit Sharma and both laid the winning foundation. He smashed 80 runs in just 52 balls at the Narendra Modi Stadium in Ahmedabad.

In a video posted by RCB’s official Twitter handle, Virat Kohli opened up on his decision to become an opener and how it would affect or help the team in terms of balance as well.

He said, “I had spoken to Mike (Hesson) and Simon (Katich) last year that I would like to open in IPL 2021 and I would go into that headspace, luckily things happened in a way that I got to open in the last game against England and I ended up getting a good score which gave me the confidence to step into this role so I can probably do it again. That experience was very important heading into this IPL, knowing I am sorted with my game at the top of the order and then now let’s create that balance in the team. My batting and those things are taken care of.”

Kohli has recently opened up about their squad ahead of this season. He also shared his excitement for having Glenn Maxwell on his team and added that they will try to begin their search for the IPL title when the tournament starts on April 9. However, RCB bought Maxwell for a whopping Rs 14.25 crore, who was released by Punjab Kings earlier this season. Meanwhile, the Australian all-rounder had a very poor record in the cash-rich league but teams still invest in him.

“We wanted Maxi, specifically targeted him at the auction in February. You obviously feel great when things end up happening to where you thought they would. Zamps sent me that picture of them (Zampa and Maxwell) at a practice session handing over the RCB cap even before the auction happened. Zamps a very funny guy, thought it was hilarious and I sent it to Maxi as well. He’s a good guy, we’ve caught up in the past as well when I was in Australia on a tour. He’s just very happy to be in RCB and I see a different energy about him this time,” Virat Kohli told RCB’s Danish Sait.

News
By CricShots - Aug 15, 2022
Ravindra Jadeja To Leave CSK Ahead Of The Next IPL Season?