India skipper Virat Kohli, who is spending his time with his family due to the coronavirus lockdown, took the opportunity to interact with his fans on ”Cricket Connected” on Star Sports. During the show, a fan urged the Indian skipper to pick the second-most memorable match in his illustrious career after the 2011 World Cup final.

Acknowledging the difficulty of answering the query considering there are so many matches played around the year. Yet, from an atmosphere point of view, he went on to pick the 2016 T20 World Cup Super 10 match against Australia at Mohali. He said, “Apart from the 2011 finals, my other favorite match from the atmosphere and importance of the match point of view would be the 2016 T20 quarter-finals against Australia in Mohali.”

ALSO READ: CSK Trolls Shikhar Dhawan For His Hair On A Throwback Picture

Speaking on the topic of playing without the crowd, Kohli also admitted the possibility of such a scenario happening.

The Indian skipper further elaborated, “I honestly don’t know how everyone is going to take that because we all are used to playing in front of so many passionate fans, I know it will be played at a very good intensity but that feeling of the crowd connecting with the players and the tension of the game where everyone goes through it in the stadium, those emotions are very difficult to recreate.”

There are talks of even the ICC Men’s T20 World Cup in Australia later this year can be expected to play in front of empty stands.

Currently, India is going through a nationwide lockdown. Meanwhile, the number of coronavirus positive patients in India went past 60800 with almost 2010 people losing their lives on Wednesday, as per the Indian Council of Medical Research (ICMR). 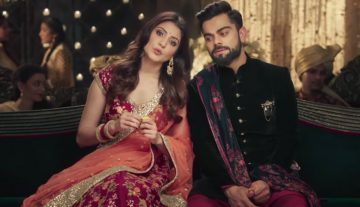