After completing a record-breaking Test series against Sri Lanka, India skipper Virat Kohli has taken a leap of three places to reach the second spot in ICC’s latest Test rankings for batsmen.

Virat recorded his career-best score (243) in the recently-concluded third and final Test against Sri Lanka at his home ground, Kotla and thus ended the series with a mammoth tally of 610 runs.

Smith is leading the table with 938 rating points followed by Virat (893), Root (879), Pujara (873), and Williamson (865) as other 4 in the top 5. Before the Delhi Test, only 11 points separated second-ranked Pujara from fifth-ranked Kohli. Following the latest performances, the gap has increased slightly with 28 points now separating second-ranked Kohli from fifth-ranked Williamson.

As far as the Test bowling list is concerned – English pacer James Anderson leads the chart with 732 rating points 894 rating points while Proteas speedster Kagiso Rabada (876) and Indian spinner Ravindra Jadeja (870) are slotted at number 2 and 3 position respectively. Ravichandran Ashwin (829) and Rangana Herath (799) are the other two spinners who are placed in the top 5 of ICC’s latest Test rankings for bowlers. 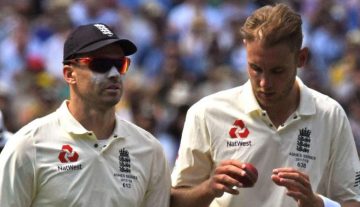