The Indian stalwart, Virat Kohli has been serving the men in blue for more than 14 years now, and he has been a superstar ever since. His ODI debut came against Sri Lanka at Dambulla in 2008. Since that game, Kohli has never looked back in his career and worked hard to become one of the greats of Indian cricket. He also led India for a long time before giving up the captaincy. At 34, he is scaling new peaks. On Tuesday, he scored his 20th ODI ton at home to equal Sachin Tendulkar’s record.

Virat Kohli played a fiery knock of 113 off 87 balls against Sri Lanka in Guwahati to help India register a score of 373/7 in 50 overs. Ultimately, India won the match by 67 runs. In the post-match presentation, Kohli made some big statements as he reflected on his latest landmark.

As per the quotes in NDTV, Virat Kohli said, “I don’t think there was anything different. My preparation and intent always remain the same. I thought I was hitting the ball nicely. It was close to the template I play with, I understood we needed an extra 25-30 runs. I tried to understand the conditions in the second half. Tried to get a comfortable total for us on the board.”

Player of the Match 👑 Kohli looks back on his match-winning 45th ODI 💯 in the 1st Mastercard #INDvSL ODI and the clarity in though that helps him score big!

He further added, “The one thing I learned was desperation doesn’t get you anywhere. You do not need to complicate things. You go out there and play without any fear, I can’t hold on to things. You have to play for the right reasons and play almost every game like it’s your last and just be happy about it. The game is going to move on. I am not going to play forever; I am in a happy space and enjoying my time playing.”

Asked to bat first, India made the most of the batting-friendly conditions owing to the knock of Virat Kohli and fluent half-centuries from his successor Rohit Sharma (83) and Shubman Gill (70) to rake up a match-winning score of 373 for seven in their allotted quota of overs on a batting-friendly strip. During the chase, the Sri Lankans were never in the hunt and ended at 306 for eight in 50 overs to hand the hosts a 1-0 lead in the rubber.

After the opener, Pathum Nissanka got dismissed after playing a knock of 72, visiting skipper, Dasun Shanaka was the lone warrior as he churned out a counterattacking century, even as the others failed to put up any resistance. In the end, Shanaka remained not out on 108 off 88 balls. Young speed merchants Umran Malik (3/57) and Mohammed Siraj (2/30) gave no hope for the Islanders to get back in the game. 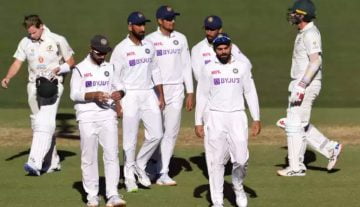 News
By CricShots - Dec 21, 2020
Virat Kohli To Conduct A Special Meeting Before Leaving For India?