The Indian skipper, Virat Kohli went on to reveal that he used to finish a full packet of chocolate toffees before he decided to follow a fitness regime. He is among the fittest athletes in the world of sports but during his initial tears, he was quite unfit before his physical transformation.

Kohli has revealed when he realized that he needs a drastic change in his lifestyle and get fitter after witnessing failures in the 2012 IPL. He once again spoke about that time in his life, during a chat with teammate Mayank Agarwal. Kohli highlighted the improvements he made in his life after realizing how he was spoiling his career with his careless eating habits and regular partying.

ALSO READ: Yuvraj Singh Reveals How Sachin Tendulkar Helped Him In His Career

During a recent with the Indian opener, Mayank Agarwal, Kohli recalled, “2012 IPL I came back home and saw myself, was disgusted. I also saw how the dynamics of cricket around the world were changing rapidly and how I felt we were far behind in intensity levels as other teams.”

He elaborated, “That really bothered me and it had to start at an individual level first and that realization came to me after that IPL season in 2012 when I was eating anything that was kept in front of me.”

He further added, “ITC Gardenia were we used to stay, they would have a packet of eclairs toffees in the mini-bar and they would refill it every time. I would finish a pack in 4-5 days’ time, and that was a pack of 40 toffee. That was my diet at that time, I was eating like a mad person because that phase happened where I got all the success and everything was going well and I went into the IPL thinking that I’m going to dominate.”

Things that trigger the change in his regime, Kohli explained that things didn’t turn out well and then he realized that he needs to change everything from the way I’m thinking and preparing. He decided to change things from the next day onwards and since then is towards how he want to prepare completely changed. 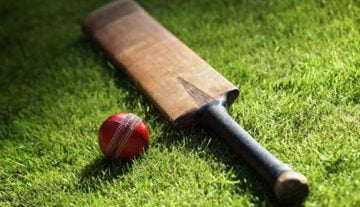