On Thursday, the Indian skipper, Virat Kohli returned to the Adelaide Oval – one of his most favorite venues – and finished the first day of the first Test between India and Australia with a tally of 505 runs at the venue, the most for him from the grounds where he has played the longest format of the game.

With three centuries in three Tests before this game, Kohli had amassed 431 runs at the Oval at a mind-boggling average of 71.83. His knock of 74 on Day One pushed the tally past 500 and also took it over his aggregate at the Ferozshah Kotla in New Delhi, of 467 runs.

Other venues where Kohli has had some phenomenal outings at the Wankhede Stadium in Mumbai (433 runs), Rajiv Gandhi International Stadium in Hyderabad (379), and the Vidarbha Cricket Association Stadium in Nagpur (354). Adelaide is the only overseas venue among the top five. Virat Kohli got his maiden Test century at Adelaide back in 2012 before hitting centuries in both innings of the 2014 Test.

A hard fought half-century for @imVkohli. This is his 23rd in Test cricket. Keep going, Skip!

Talking about the match, India decided to bat first but lost both the openers with only 32 runs on the board. While Shaw departed in the first over, Mayank Agarwal struggled his way to score 17 runs. Cheteshwar Pujara and skipper Virat Kohli both combined to ensure India doesn’t lose any more wickets in the first session.

After the tea break, the duo played some gritty knock and took India past the 100-run mark, but soon Pujara got out just before the dinner break. 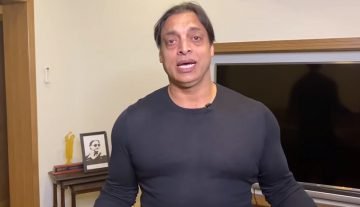