Indian skipper Virat Kohli has said that he wonders how things would have been with his father around to see his daughter Vamika. He talked about his wife Anushka Sharma and how the two met the first time during an ad shoot.

Kohli’s father – Prem Kohli, died of a cardiac arrest back in 2006. He was playing a Ranji Trophy match for Delhi and was an overnight batsman. He decided to keep playing for his team and returned to his home after the game.

During a recent interview with Dinesh Karthik for Sky Sports, Kohli talked about his father and a lot more.

“He hasn’t seen me play. Now with our daughter, I have seen the happiness on my mother’s face. You sit down and think what if he was still here,” Kohli said.

What a week it has been! ✨
Spoke to the superstar of world cricket about fatherhood, his love life, spirituality, social media, leadership and ofcourse Team INDIA ❤️
Coming soon! 🎥#ENGvIND @imVkohli @SkyCricket pic.twitter.com/U0iNQYntzD

Talking about his wife Anushka Sharma, Kohli mentioned he tried to crake a joke to normal and felt connected.

“I joke around with everyone. I was joking around with her as well. She said, ‘it was the first time I saw someone around me joking about the things I have experienced as a child.’ So, that really connected,” the Indian captain added.

Kohli and Anushka married in December 2017 and were blessed with a baby girl earlier this year in January. Kohli had to leave the Australia tour midway to be with his wife during the birth of his first child.

In 2019, he revealed in an interview with American television sports reporter Graham Bensinger that he was quite nervous when he was around Anushka.

“The first time I met her I cracked a joke immediately. I was very nervous and that’s why I cracked a joke because I didn’t know what to do. I was standing on sets and was nervous and jittery. I thought I was being funny (when I cracked that joke), and I said something which wasn’t probably the right thing to say,” he said during the interview. 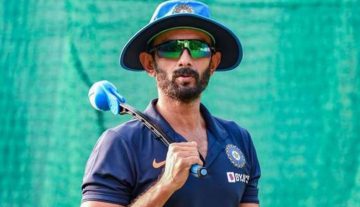