India skipper Virat Kohli feels that in order to extend the sustainability of cricket globally, Test cricket needs to be the premier format.

During the first-ever Annual Conclave of Delhi & Districts Cricket Association(DDCA), Virat said, “I believe Test cricket is paramount for the game to sustain globally. I would urge youngsters to take up the longer version of the game.”

Some legends came at the even for the inauguration of stands named after Bishan Singh Bedi and Mohinder Amarnath. It was a touching moment when Kohli recalled his days as a U-14 and U-16 cricketer with Bedi as the coach. He said, “I remember when I played U14 and U16s for Delhi, Bedi sir would make us train too much. Now that’s become a part of my life.”

Bedi has always been known for his straightforwardness, also shared his views on the how cricketers nowadays use Ranji Trophy or Duleep Trophy as a platform for IPL contract. He said, “To play for India, figures in first-class cricket comes in handy. Ranji Trophy should be played for the sake of Ranji Trophy and Duleep for the sake of Duleep. I don’t understand the name of these teams like Red, Blue, and Green.”

Meanwhile, Amarnath also recollected glory days of Delhi cricket. He said, “It was Bishan whose leadership gave Delhi cricket the respect. He was not just a captain but a leader of men.” 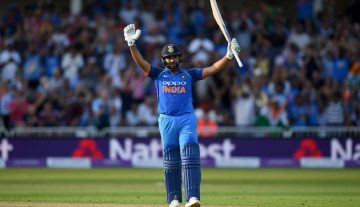