Former Indian opener Virender Sehwag is known for his quirky and witty posts on social media. However, his recent ‘vada pav’ tweet wasn’t received well by the Mumbai Indians (MI) skipper Rohit Sharma. After Kolkata Knight Riders (KKR) registered a crushing win over win over MI by five wickets in their IPL match on Wednesday in Pune, Sehwag congratulated KKR all-rounder Pat Cummins for hitting the joint-fastest fifty in IPL 2022 in his own style.

Virender Sehwag drew a reference to Mumbai’s loved snack ‘vada pav’ and said it was like snatching the vada pav from the MI players. Taking to his official Twitter handle, the veteran cricketer wrote, “Moonh se nivala cheen liya ,, sorry vada pav cheen liya. Pat Cummins, one of the most insane display of clean hitting , 15 ball 56.”

Sehwag’s tweet ignited controversy and the fans of Rohit Sharma criticized him for drawing this reference. However, a few hours later, the former opener issued a clarification and in another tweet asked the MI fans to cool down. He said that the Vada Pav reference is for Mumbai and he is even a bigger fan of the current India captain’s batting than most people.

The Vada Pav reference is for Mumbai, a city which thrives on Vada Pav. Rohit fans thanda lo , I am a bigger fan of his batting much more than most of you guys.

In another tweet, he wrote, “The Vada Pav reference is for Mumbai, a city which thrives on Vada Pav. Rohit fans thanda lo , I am a bigger fan of his batting much more than most of you guys.”

For the unversed, a scintillating joint fastest half-century by Pat Cummins along with a gritty knock by Venkatesh Iyer helped KKR win the match against MI. It was KKR’s third victory in the four matches and they climbed to the top of the table with 6 points. But, Mumbai Indians’ slumped to their third successive defeat in the ongoing season.

Earlier, Suryakumar Yadav was the highest run-getter for MI as he has amassed 5 runs off 36 balls to take his side to 161/4 after they were asked to bat. Kieron Pollard played a breezy cameo as well, scoring an unbeaten 22 off five balls, but in the end, it was not enough. Tilak Varma remained unbeaten from the other end, on 37 off 28 balls. Mumbai Indians will be facing Royal Challengers Bangalore on April 9 at Maharashtra Cricket Association Stadium in Pune. 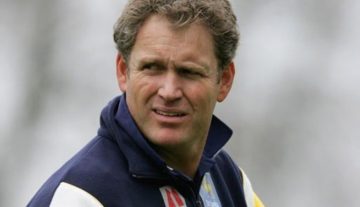