Former Indian player turned veteran commentator Virender Sehwag has praised Hardik Pandya for his stunning efforts as a leader and player during IPL 2022. He also believes that factors off the field should not be considered while talking about him or any player as well. Notably, he silenced several critics with his all-round show as the Gujarat Titans (GT) captain and won their maiden Indian Premier League (IPL) title as well. 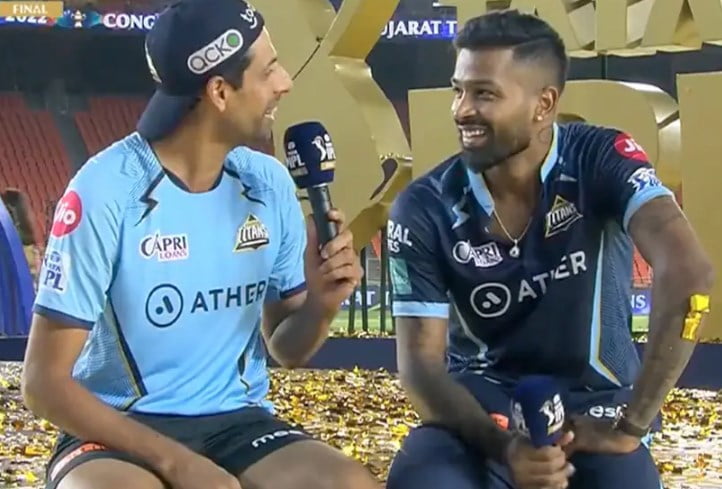 Questions were raised when the new franchise appointed the all-rounder as their captain. However, Hardik Pandya did brilliantly and he never let the burden of captaincy affect his performance as well as he finished the season with 487 runs and eight wickets as well.

READ MORE: ‘He has got fantastic leadership quality’ – Sunil Gavaskar on Hardik Pandya

Sehwag said on Cricbuzz: “The personality off the field does not matter, it is absolutely irrelevant. Because it makes no impact on the field. Hardik Pandya has stood apart across all three departments this season. People love Pandya because of the things he does on the field, not off the field.”

However, along with Hardik Pandya’s captaincy skill, doubts were raised about their coaching staff led by Ashish Nehra as head coach. Much like the captain, Nehra also got the credit for maintaining a positive team atmosphere as well. While praising the work done by all the support staff throughout the tournament, Sehwag said: “It is not like GT had a star-studded coaching staff. Apart from Gary Kirsten, they were relatively inexperienced. But, they played their role really well. They have supported the players really well and given them what they want.”

“In the next tournament, GT will come with the pressure of being champions. That’s because everyone will hold expectations from them now. Now we will see how they perform under pressure,” Virender Sehwag concluded.