Former India batter Virender Sehwag has criticized Royal Challengers Bangalore (RCB) captain Faf du Plessis’ tactics after their Qualifier 2 clash against the Rajasthan Royals (RR) on Friday where RCB lost by 7 wickets. He added that he did not utilize Josh Hazlewood well during the match.

While speaking on Cricbuzz, Sehwag added that RCB gave Josh Hazlewood the second and the sixth over in the second innings and he could have given him three overs, as he is capable of picking wickets with the new ball as well. He also opined that Faf du Plessis understands the game well and he doesn’t make such errors easily too.

Virender Sehwag said: “Josh Hazlewood bowled the second over and then came back directly in the sixth over, where he prodived the side with a breakthrough. You cannot hold back your wicket-taker like this. If I was the captain, I would have started with Hazlewood and have given him 3 overs upfront because they could have only won the match by dismissing RR’s top-order batters. Faf du Plessis’ captaincy wasn’t up to the mark today as he brought in the likes of Josh Hazlewood and Wanindu Hasaranga quite late. He generally doesn’t make such mistakes and is a good reader of the game.”

While speaking in the same video, Parthiv Patel has also said that RCB lost momentum early as Mohammed Siraj gave away 16 runs from the first over. He stated that it wasn’t a smart move to give him that over as he was seen struggling since the beginning of this season as well. However, Siraj conceded 31 runs from his two overs in the game. He has bowled at an economy rate of 10.08 and managed only nine wickets from his 15 appearances. 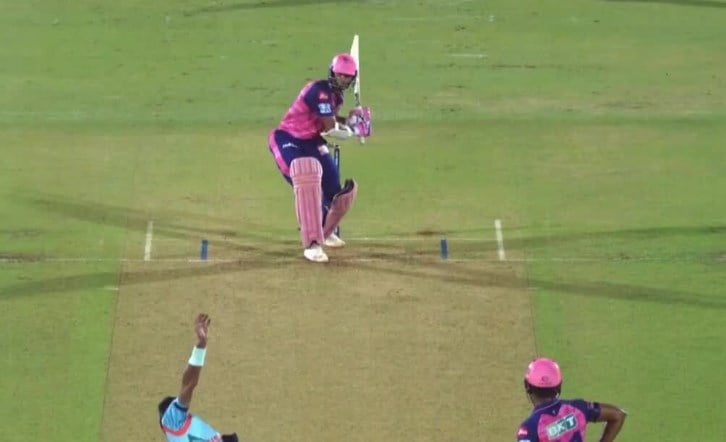 Patel said: “RCB started with Mohammed Siraj, who hasn’t had a great season. They lost momentum because of that as it is important to attack in the first three overs when you are defending a target like this. RCB were a little defensive in their approach.”

Virender Sehwag, however, applauded Jos Buttler for his knock alongside Yashasvi Jaiswal, who has been in good form as well. However, he stated that the youngster will have to score big runs to earn a national call-up as well.

“Yashasvi Jaiswal released the pressure by scoring 16 runs in the first over. There wasn’t any pressure on Buttler because of that. Jaiswal’s cameo was an important one as he made things easier for the team’s main player. He is a player who can make the most of the powerplay by playing fearless cricket. But he must score big runs if he wants to play for India. He has to show that he is hungry to score runs,” Virender Sehwag concluded.