Royal Challengers Bangalore (RCB) are enjoying their win after registering a crucial win over Lucknow Super Giants (LSG) in the eliminator and now they will be facing Rajasthan Royals (RR) in the second qualifier. Former Indian cricketer Virender Sehwag believes that Faf du Plessis and Sanjay Bangar have done well to perform quite consistently in the tournament so far. Under the captaincy cycle of Faf, RCB has been witnessing a dream run and it was evident in the eliminator against LSG which they won by 14 runs.

The former South African skipper has not been making many mistakes with his team selection as he has done enough chances to most of the players that he has believed in. In the previous years, under the captaincy of Virat Kohli, RCB used to make a lot of chopping and changing during the tournament, which has not been the case since Faf du Plessis took over. Former Indian opener, Virender Sehwag has praised Faf du Plessis for the way that he has led the side.

ALSO READ: Aakash Chopra Feels RCB Is No Longer A Team Dependent On Their Stars

During a recent interview on Cricbuzz, Virender Sehwag said, “The arrival of Sanjay Bangar as head coach and a new captain (Faf du Plessis) has changed RCB’s thinking. Virat Kohli had a thought process. If a player did not play well in two or three matches, he used to drop a player from the playing XI. That has not happened this time.”

He further added, “But Bangar and Du Plessis have kept the team almost consistent throughout. Except for Anuj Rawat who had played the initial matches and was replaced by Rajat Patidar, I don’t think they made any changes due to poor performance.”

Virender Sehwag also talked about the bowling changes that the franchise has made so far in the tournament.

ALSO READ: Rajat Patidar Postponed His Marriage To Play For RCB In IPL 2022

Explaining the same, Virender Sehwag concluded, “In bowling also, maybe they have interchanged a spinner or a fast bowler depending on the condition. They were not changed due to performance. This has been the change with the arrival of Sanjay Bangar and Faf du Plessis. There was too much chopping and changing under Virat Kohli’s captaincy and under different coaches. That has changed.” 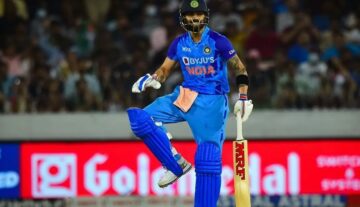