Former Indian cricketer, VVS Laxman said that Team India has found a ‘god balance’ while finalizing the playing XI for the first ODI against England. Laxman also said that 25-year-old Prasidh Krishna, who earned his maiden cap on Tuesday, could ‘truly be a future star for India’. Laxman said that India’s bowling line-up is looking pretty balanced and added that spinner Kuldeep Yadav will be looking to make an impact for India.

During a chat on Star Sports, VVS Laxman said, “In the bowling line-up, there is also good balance, and also variety. There is Kuldeep Yadav, who can show, who would be looking to make an impact. “Prasidh Krishna, what a great opportunity for him to represent the country. Truly, truly a future star for our country,” Laxman said on Star Sports.

In a surprise decision, wicket-keeper batsman, Rishabh Pant and India’s new batting sensation Suryakumar Yadav didn’t out. Laxman felt that it was a well-balanced side to challenge the world champions as there was a lot of experience in the team.

Elaborating the same, “Yes, India can challenge the world champions with this line-up. There is a lot of experience and exuberance in that batting line-up. “They have experience in form of Dhawan, Rohit, Virat, KL Rahul. Opportunity for Krunal Pandya.”

Team India on Tuesday gave a debut to Kolkata Knight Riders right arm pacer Prasidh Krishna and Mumbai Indians all-rounder Krunal Pandya. Krunal has played 18 T20Is for India in which he has scored 121 runs at an average of 26. He received his maiden ODI cap from his brother Hardik Pandya and broke into tears soon after the other members of the team congratulated him. 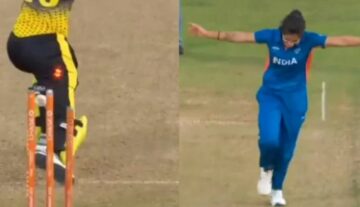