The young Indian all-rounder, Washington Sundar garnered a lot of limelight with his sensational knock against Australia in the fourth Test match at Gabba as it was his debut Test as well.  He took the bowling attack to the cleaners with ease. The young all-rounder made the record the highest individual score for a debutant batting at No.7 in Australia.

The Chennai-born player went on to play a match-winning knock of 62 runs on his debut match that put Team India in the comfort zone in Brisbane. Overall, the youngster also made the record of being the third-highest run-getter for an Indian debutant coming in at No.7.

Sundar and Shardul Thakur combined together made a solid partnership of 123 runs in the first innings. The duo scored a fifty apiece as India posted 336. In the end, India breached the fortress as Rishabh Pant hit the winning runs.

India won the match by 3 wickets and also won the series by 2-1. Hence, the Indian team breached Australia’s fortress by being the first team to defeat the Kangaroos at The Gabba in 33 years, which is quite a sensational record.

Washington Sundar drew a lot of applause from every nook and corner of the cricket fraternity for his amazing knock. Just 5 days ago, the all-rounder took to his official Twitter handle and came up with a special post. He posed for a picture with his pet dog and named his pet dog “Gabba” as he made memories in that special place. The post spread like wildfire on social media platforms. Twitterati couldn’t stop commenting on the post.

Meanwhile, Australian fast bowler Pat Cummins reacted to Sundar’s post. Cummins was adjudged the player of the series after scalping as many as 21 wickets to his name in 4 Tests. During a chat with the Grade Cricketer YouTube on Youtube, Cummins said, “Fair play, what we can do, they won the match.”

Here are some of the reactions from the fans:

Pat Cummins (in Grade Cricketer Youtube) said "Fair play, what we can do, they won the match".

About Sundar naming his pet as " Gabba".

Disrespectful??? He himself is named Washington. Jonty named her daughter India, Lara named her daughter Sydney bcoz of his memory made in that ground. Pets are also important part of family not just in India but everywhere. He named his pet because he made his debut at Gabba.

While im sure Sundar didn't mean any disrespect, he could have chosen a better name… imagine Cummins naming his dog Wankhede…there would be a meltdown on Indian Twitter

This is nonsense
Respect your opponents and venues 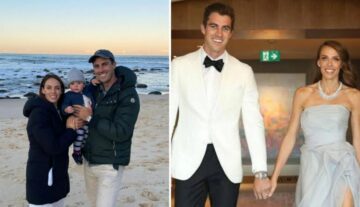