The teenage sensation Washington Sundar bowled some phenomenal spells in the recently concluded he Nidahas Trophy and rightly earned the player of the tournament award. For such a young player to get such a big assignment of leading India’s new ball attack and receiving such rewards is truly wonderful. Sundar will now be looking forward to playing under Virat Kohli for the Royal Challengers Bangalore (RCB).

Talking about the Indian captain across all formats, Washington termed him a “legend” and “truly inspiring”. Under the leadership of Virat, many youngsters like Yuzvendra Chahal, Kuldeep Yadav, Hardik Pandya have blossomed and this is just the beginning of many more to come in the future. In a recent interview with TOI, Sundar said, “If people say I have set a standard, then I should be looking to go higher. I’m really excited to play under Kohli. He is a legend and has been truly inspiring. The challenge will be to overcome all the analysis that’s been done.”

Washington is still in the early days of his career and after earning his first-ever international cap in the T20I series against Sri Lanka. The selectors decided to give young cricketers a chance in that series and not many expected Sundar to come back into the squad in a quick amount of time and hit the limelight with his wonderful performance. He thanked the stand-in skipper Rohit Sharma and the head coach Ravi Shastri for their unimaginable support.

Talking about the support from the team management, Sundar said, “I had the belief that I would get another opportunity (after the Lanka T20s at home). I was mentally prepared for everything. But I never expected to end up with the man of the series award. I started off well in the first two games and I just wanted to carry the momentum.”

He further added, “If you bowl a good ball and the batsman hits you for a boundary, Rohit will pat you on the back and say well bowled. He doesn’t shy away from setting traps and getting wickets in the powerplay. He is an amazing captain. Shastri and Arun had great belief in me. They gave youngsters the confidence and infused the feeling of a match-winner.”

The 18-year old spoke about the length of working with the likes of Yuzvendra Chahal and Daniel Vettori. Chahal and Sundar combined well with the Nidahas Trophy and collected 16 wickets amongst themselves. Washington also said that he’s looking forward to work with Vettori.

Sundar concluded by talking about that how it felt to bowl with Chahal, he said, “It will be exciting to bowl alongside him. Ours is a good combination. He is a leggie and I turn the ball another way. It gives a variety to the attack. We are accurate and wicket-takers. If we can take at least 4 wickets for our team per match, it will great. I have always admired Vettori’s bowling. It will be different working with him – he is a modern-day coach who knows the current generation of cricketers. I’m looking forward to it.” 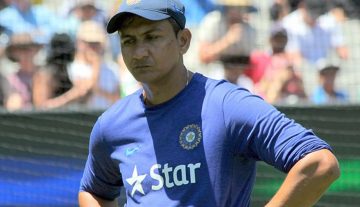