Pakistan’s legendary fast bowler, Wasim Akram reveals details about one of the darker phases of his life when he was addicted to cocaine and had to come out of it after his first wife’s (Huma Mufti) advice. Akram played a total of 104 Tests and 356 ODIs between the period from 1984 to 2003 for Pakistan and is considered to be among the best fast bowlers to have played the game.

Wasim Akram mentions in his new book named ‘Sultan: A Memoir’ how he started getting addicted to cocaine to a point that he could not socialize without it when he stayed in England. Speaking about it he added that he was forced against his will to go to rehab for a period of two and a half months. The former Pakistan skipper concluded that he came out with forceful emotions after the rehab and perceived himself as a “rebellion.”

ALSO READ: Shreyas Iyer Opines India Made An Above Par Score In Auckland

In his autobiography, Wasim Akram said, “In England, somebody at a party said ‘you wanna try it?’ I was retired, I said ‘yea’h. Then one line became a gram. I came back to Pakistan. Nobody knew what it was but it was available. I realised, I couldn’t function without it, which means I couldn’t socialise without it. It got worse and worse. My kids were young. I was hurting my late wife a lot. We would have arguments. She said I need help.”

He further added, “She said there’s a rehab, you can go there. I said alright I will go there for a month but they kept me there for two and a half months against my will. Apparently, that is illegal in the world but not in Pakistan. That didn’t help me. When I came out, a rebellion came into me. It’s my money, I stayed in that horrible place against my will.”

Wasim Akram mentions that it wasn’t like the rehabilitation centers in Hollywood movies and noted the place neither had any lawns nor any gym. He explained the atmosphere of the deserted rooms in Pakistan and added that it was a tough time.

The legendary pacer explained, “In western movies, even in Australia you see rehabs have lovely big lawns, people give lectures, you go to gym. But I went to a place (in Pakistan) with a corridor and eight rooms, that’s it. It was very very tough. It was a horrible time.” 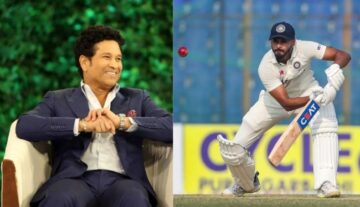