In recent times, failures have become costlier than ever for Indian players. It was never an easy job to break into the national squad and then there is an eternal struggle to get into the XI. A couple of failures from a player can result in his snub and now the young opener, Shubman Gill has found himself in a similar situation. After making his T20I debut owing to his performances in ODI, the right-hander failed to prove his mettle in the ongoing series against Sri Lanka.

Now, there are already talks of replacing Gill at top of the order with Ruturaj Gaikwad breathing down his neck. Former Indian opener, Wasim Jaffer reckons Gaikwad should play in the series decider in Rajkot on Saturday. Gaikwad witnessed a purple patch with bat while playing for Maharashtra in the Vijay Hazare Trophy as he scored five centuries including a double ton in just 5 matches.

During a recent chat with ESPNCricinfo, Wasim Jaffer said, “I think Ruturaj Gaikwad should get a chance. He has scored a lot of runs (in domestic cricket). He was outstanding in the Vijay Hazare Trophy. Shubman Gill, on the other hand, hasn’t been in great touch in the previous two matches. He has been disappointed. I will be tempted to play Ruturaj Gaikwad. He has been warming the benches for quite some time now.”

Interestingly, Gaikwad was the one Gill replaced in the XI after the former managed only one 50-plus score in the 9 T20Is that he played. Jaffer said there was no need to tinker with the bowling line-up despite a nightmarish day with the ball for young Arshdeep Singh, who bowled a world record five front-foot no-balls in the previous match.

Wasim Jaffer elaborated, “In the bowling department, I will back Arshdeep Sinch even though he had a forgetful day (in the 2nd T20I). You need to back him in this situation so that his confidence doesn’t take a further hit. Apart from the one change in the batting department, I don’t see any other changes in the XI.” 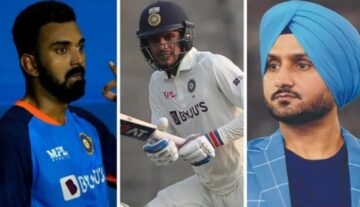