Team India is currently in England for the five-match Test series and the visitors have already taken a 1-0 lead after winning the second Test. While the second Test was won by the Indian team in the most enthralling manner by a huge margin of 151 runs at Lord’s, they are off to their next destination for the 3rd Test i.e., Headingley. The third Test between India and England is all set to take place at Leeds.

As India left for Leeds, the team was seen having a great time inside the bus. In the same sequence of events, former Indian opener, Wasim Jaffer came up with a hilarious meme featuring Prithvi Shaw and Rohit Sharma. The picture shared by Jaffer showed young Shaw sitting on the lap of Sharma in the bus where both of them had an adorable smile on their face.

Adults: Bhaiyya when you get off please give this seat to me.
Legends: 😜 #ENGvIND pic.twitter.com/XyKQMcDg3B

While Sharma has now become a regular member of the team in the longest format of the game and contributed immensely with the bat at the Lord’s, Shaw is yet to get proves his worth in Test cricket. Sharma stole the show while playing a classy knock of 83 runs during the 1st innings at the Lord’s.

ALSO READ: Muttiah Muralitharan Feels MS Dhoni Came at No.5 On WC 2011 FInal Because Of Him

Prithvi Shaw traveled from Sri Lanka to the UK after being named as a reserve player while many of the regular players got injured after the World Test Championship final. He was accompanied by Suryakumar Yadav from Sri Lanka who is had received his maiden call-up in the Test team.

Talking about the 2nd Test, India completely outclassed the host to win the game, especially on Day 5. The ninth-wicket partnership by Mohammed Shami and Jasprit Bumrah became the talking point and in turn, Indian bowlers left no stone unturned in dismissing the opposition. KL Rahul was declared as the player of the match for his classy ton in the first innings of the game.

ALSO READ: Punjab Kings Manages To Get The Services Of Nathan Ellis For IPL 2021

After the match, KL Rahul said, “They haven’t – it’s still a temporary piece of paper (name on the honours boards). To put on 360 on the board was really crucial, very happy. Been here for a couple of months now and been working really hard on our skills. Even in the first game at Trent Bridge, the batsmen have shown a lot of discipline. That’s what you expect with two competitive teams – great skills, and a few words as well.” 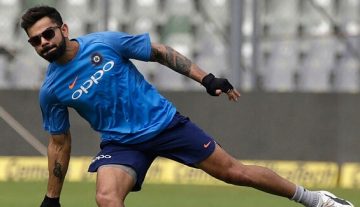