However, the late fireworks of Kieron Pollard and De Kock helped MI to reach the total of 162/5 in 20 overs. In the final over of Khaleel Ahmed, Pollard lost his wicket owing to a brilliant catch by the young Abhishek Sharma. Khaleel delivered a slower length ball on the stumps, and Pollard failed to pick it and was early into the pull, ends up skying it towards square leg, where Abhishek Sharma charges in from the deep and takes it diving forward. 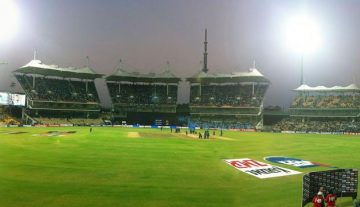