Currently, Kings XI Punjab (KXIP) are hosting Chennai Super Kings (CSK) in the 55th game of the ongoing season of the Indian Premier League (IPL) at the PCA’s Is Bindra Stadium. After winning the toss, the home skipper, Ravichandran Ashwin asked the visitors to bat and his decision turned out well as Punjab got the wicket of Shane Watson in the 5th over itself.

After the early dismissal of Watson, the onus was on the veterans like Faf du Plessis and Suresh Raina and they delivered when it mattered the most by adding as many as 120 runs for the second wicket. Meanwhile, both of them scored the fifties, but Raina was dismissed by Sam Curran in the 17th over. Before the dismissal, Faf had smashed the bowler for a six over the bowler’s head.

WATCH – Gurkeerat Singh Tossed The Bat In The Air

After his dismissal, Dhoni came out to bat when Du Plessis was looking all set to make is the first century of the season, but again Curran barred him from doing that by dismissing the batsman with a brilliant yorker in the 19th over. After his dismissal, even Mohammed Shami dismissed, Ambati Rayudu and Kedar Jadhav in the final over and eventually reached the score of 170/5 in their quota of 20 overs.

During the chase, the Punjab openers KL Rahul and Chris Gayle came out all guns blazing as they amassed as many as 68 runs in the powerplay itself, Rahul was the major contributor though as he scored 55 of that. He scored the third fastest fifty of the season. However, a funny incident took place on the first ball of the ninth over when Rahul played a straight drive the ball crashed into the stumps at the non-striker’s end. After that, the Deepak Chahar, who was bowling over jokingly held on to Gayle’s right leg to stop him from reaching the crease. 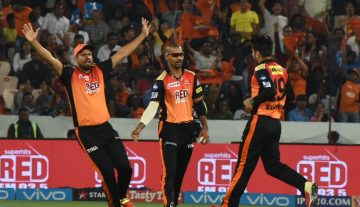