Currently, last season’s finalist, Chennai Super Kings (CSK) and Sunrisers Hyderabad (SRH) are locking horns with each other in the 41st match of the ongoing season of the Indian Premier League (IPL) at the MA Chidambaram Stadium in Chennai. After winning the toss, the CSK skipper, MS Dhoni asked the visitors to bat first. However, SRH faced a huge blow as their in-form opener, Jonny Bairstow got out on a duck in his last game of IPL 2019.

Harbhajan Singh’s inclusion paid rich dividends for CSK as he picked the first two wickets for them. Firstly, he dismissed Bairstow in the 2nd over followed by the wicket of David Warner in the 14th over. After the early dismissal of Bairstow, Manish Pandey and Warner started slogging the CSK bowlers all over the park. They amassed as many as 54 runs in the powerplay and surprisingly, Manish was scoring at the higher strike-rate.

Pandey and Warner added 111 runs for the second wicket before the latter getting out in the 14th over as he was looking tired as well due to the intense humidity of Chennai. However, with some later fireworks of Pandey (49-ball 83) and Vijay Shankar, SRh managed to reach the total of 175/3 in their quota of 20 overs.

During the chase, Shane Watson and Faf du Plessis started cautiously as they scored the first run on the 11th ball of the innings. However, in the next over, the latter got run-out owing to a brilliant throw from Deepak Hooda. On the third ball of the over. Bhuvneshwar bowled a slower ball outside off and Faf drilled to mid-off and immediately called for a run. But he had to put a full-stretched dive at the non-striker’s end where the stumps have been knocked down by Deepak Hooda. He has to go back to pavilion as he was out by centimeters. 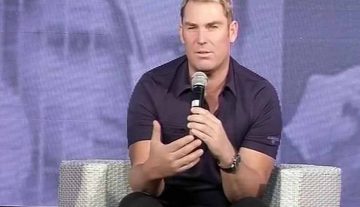