In one such video, all-rounder Dwayne Bravo celebrated the victory with a dance in the dressing room along with Harbhajan Singh. A calm captain MS Dhoni can be seen enjoying Bravo’s ‘groovy tribute’ to him on CSK’s Whistle podu song, with an ear-to-ear smile on his face. CSK also shared other videos of Bravo dancing in the dressing room.

The CSK defeated SRH by a narrow margin of two wickets. The CSK batting order had collapsed initially, as a spectacular SRH bowling attack; spearheaded by Afghanistan’s Rashid Khan; reduced the men in yellow to 62 for the loss of six wickets and the two-time champions looked all set to concede the first final spot to the Hyderabad outfit.

However, opener Faf du Plessis dug deep in the innings, scoring a composed 42 ball-67 to help CSK chase down the 140 run target. Du Plessis’ 67 off 42 balls enabled CSK to chase down a tricky target of 140 in 19.1 overs after being down at 92 for seven. Having done precious little in the tournament so far, the stylish right-hander, proved his mettle when his team required it the most.

During the post-match presentation, Mahi said, “We have been a very good team over the past ten seasons, but it’s more about the dressing room atmosphere. And you can’t do that without the players and the support staff. And if the atmosphere is not good, then players go to different directions. But somehow, we have managed to keep our boys on track.” 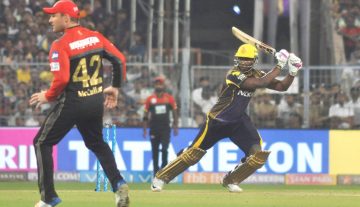