The Indin all-rounder, Hardik Pandya, and veteran filmmaker Karan Johar do have a recent history with each other. However, they were recently seen at Akash Ambani-Shloka Mehta’s grand wedding as they were dancing like there is no tomorrow.

While Karan was spotted in a yellow Sabyasachi kurta, Hardik was donning a sherwani with a jacket. The cricketer had turned up for the three-day event along with brother Krunal Pandya and his wife. It is the first time fans have got a glimpse of Hardik and Karan together after the Koffee With Karan row.

Here are the videos of them dancing together:

Earlier, Hardik landed ina deep trouble for passing misogynistic comments on the popular talk show Koffee With Karan. But now, looking at the video it seems they have moved on after the controversy after which Pandya was suspended from the Indian team. The host of the show, Karan had later apologized and taken responsibility for all that happened on the show.

During an interview, Karan said, “I feel very responsible because it was my show and my platform. I invited them as guests and so the ramifications and repercussions of the show are my responsibility. I have had so many sleepless nights, just wondering about how I can undo this damage. Who is going to listen to me? It has now gone into a zone that is beyond my control.”

Later, the suspension was lifted from Hardik Pandya and KL Rahul and they are now a part of the cricket team and both of them are very much in the fray for making it to the World Cup squad.

The big fat wedding was also attended by other cricketers like Sachin Tendulkar, Yuvraj Singh, Harbhajan Singh and most of the members of the Mumbai Indians IPL franchise. 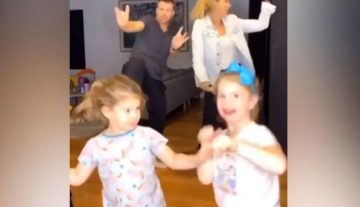