Sri Lanka and West Indies locked horns with each other in the first match of the two-match series at Pallekele on March 4. The visitors outplayed the hosts in a memorable game for West Indies captain Kieron Pollard. The Trinidadian became the first cricketer in T20 history to feature in 500 T20 matches.

Riding on the 67 not out of Lendl Simmons and useful contributions from Andre Russell (35) and Pollard (34) led the team to a formidable total of 196/4 in 20 overs. Lasith Malinga, Isuru Udana, Lakshan Sandakan, and Wanindu Hasaranga picked one wicket each.

ALSO READ: MSK Prasad Reveals The Only Only Regret Of His Career

During the chase, Kusal Perera was the lone warrior for the Lankans, as he made 66 in 38 balls with 6 fours and 3 sixes. Apart from him, Hasaranga made a useful contribution of 44 runs in the lower order, but these two couldn’t help the Islanders to go over the finishing line, as the next best scores were 11 and 10. However, the match saw one funny moment as Hasaranga tried his best to get as many runs as possible.

As the innings drew to a close, Hasaranga was at his ferocious best and reduced the margin of defeat. In doing so, he came against one of the best death bowlers in T20 history in Dwayne Bravo. On the 5th ball of the 14th over, bowled by Bravo, Hasranga tried to give himself some room on the leg side and hit the ball over offside.

In doing so, the batman went too far, ending up at short leg position, while Bravo followed him. Hasaranga managed to lob the ball over covers for a single and was smiling at the bowler, who smiled back at the seemingly funny situation. 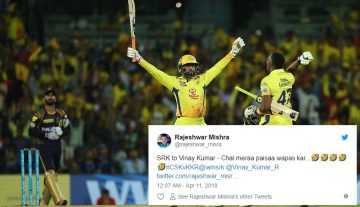