The coronavirus pandemic has brought sporting events across the world to halt and cricket is no different. It has left a lot of cricket fanatics around the world without one of their main sources of entertainment. While many players are urging fans to stay indoors and wash hands properly at regular intervals in order to keep the deadly COVID-19 from spreading.

On the other hand, the Indian leg-spinner Yuzvendra Chahal has taken a different route and is providing them with much-needed entertainment with his TikTok videos. In a video currently doing rounds on the internet, Chahal and a girl can be seen walking, all smiles while looking at each other.

After a few seconds, Chahal gets down on his knees, not to propose to the girl but tie his shoelaces. The girl uses the opportunity to try and fool him by hiding behind his back. After getting up, Chahal acts like he is about to punch her but she runs away after pulling his cheeks.

This was not Chahal’s first appearance on TikTok. In the past too, he had uploaded such videos on the popular social media site which became instant hits among his followers.

Here are a couple of those videos:

No one can beat him at this.😂😂😭😭 pic.twitter.com/9kbFPzSrtq

Chahal last played for India in the Twenty20 International (T20I) and One-day International (ODI) series in New Zealand. While India won the T20I series 5-0, becoming the first team in the world to complete a 5-0 whitewash, they lost all three matches in the 50-over format. Chahal plays alongside the India skipper Virat Kohli for Royal Challengers Bangalore (RCB) in the Indian Premier League (IPL).

Apart from international cricket, coronavirus has also impacted the start of the 13th edition of the IPL. Due to the ongoing crisis, the Board of Control for Cricket in India (BCCI) has suspended the commencement of the cash-rich league to April 15 from its original scheduled date of March 30. 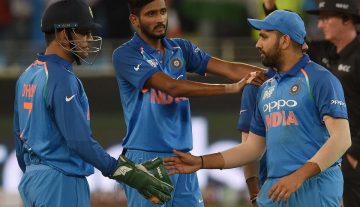