The Chennai Super Kings (CSK) captain MS Dhoni on Friday heaped praises on the captaincy skills of the Indian skipper Virat Kohli. Virat took the responsibility of leading the Indian Test cricket team in 2014 and currently he is leading the Indian Premier League (IPL) franchise Royal Challengers Bangalore (RCB) in the ongoing 11th edition of the cash-rich T20 extravaganza.

Ahead of the match against Delhi Daredevils (DD), Dhoni appeared in a promotional event in New Delhi where he was asked to give his thought on Kohli as a captain. MSD said: “He is good”.

Dhoni’s reply made everyone laugh and when he was further asked to comment on what he prefers more, being a captain or a normal player, Mahi replied, “To start off being a player a normal player is much more important. It helps you understand the game, the problems that you may face as a player. Once you reach the top you would know what an individual would be feeling.”

ALSO READ: Virat Kohli Is Glad That He Could Entertain Google CEO

He further added, “Once you start as a player you have captains who are leading you. It helps you learn a lot of them. Not only about how to conduct yourself but also about what not to do.”

Here is the video of the event:

The CSK skipper also shared his thoughts on what is it required to become a good captain. He said, “I always felt a good captain is the one who understands the individuals. Because if you don’t know a player’s strength or weakness, you cannot give him the proper advice. I think it’s important how good you are as a team and how good you are as an individual, who helps others to perform.”

In IPL 2018, Dhoni is completely enjoying his game as he is currently at Number 10 on the list of must runs by a batsman in the ongoing season. In 13 matches, Dhoni has scored 430 runs at a Strike Rate of 155 including three half-centuries.

CSK has already qualified for the playoffs as they are standing at the number 2 position with 16 points in the IPL 2018 points table. 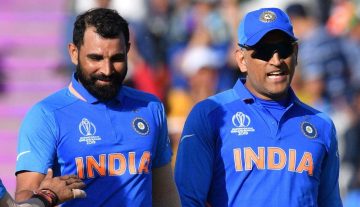