Former Indian skipper, MS Dhoni has been enjoying hi sabbatical from cricket for quite a while now. He recently participated in a charity football match along with tennis star Leander Paes in Mumbai. Rhiti Sports, the firm which manages Dhoni and several other Indian cricketers, posted pictures of him playing football.

While it was unclear what the cause of the charity was, Dhoni and Paes were wearing practice jerseys with “Playing for Humanity” written on them. After the World Cup 2019, MS missed the India tour of the West Indies as he took a two-month sabbatical from cricket to serve his territorial army unit in Kashmir.

After completing his army stint, Dhoni has also been seen playing billiards at the JSCA International Stadium Complex in his hometown of Ranchi. Before that, the 2011 World Cup-winning skipper’s pictures of driving his newly-bought Jeep Grand Cherokee Trackhawk had also gone viral.

Ever since India exited the World Cup 2019, the talks about Dhoni’s retirement have been doing rounds, with several former cricketers giving their opinions in public. Legendary Indian cricketer, Sunil Gavaskar had expressed that it is time for India to look beyond Dhoni. Gavaskar also said that the veteran wicket-keeper batsman should leave with letting his respect intact.

Amidst all of that, Dhoni was recently named the second most admired man in India after Prime Minister Narendra Modi, according to a survey carried out by YouGov. The Indian skipper, Virat Kohli is seventh in the list with an admiration score of 4.46%. Just a place above Kohli is another legendary cricketer, Sachin Tendulkar who has scored 5.81% as per the survey. Among the other sports personalities, Portuguese and Juventus veteran footballer, Cristiano Ronaldo has an admiration score of 2.95% in India. 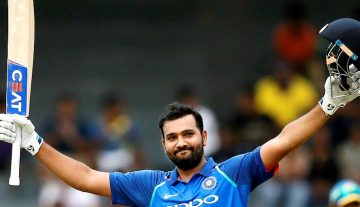