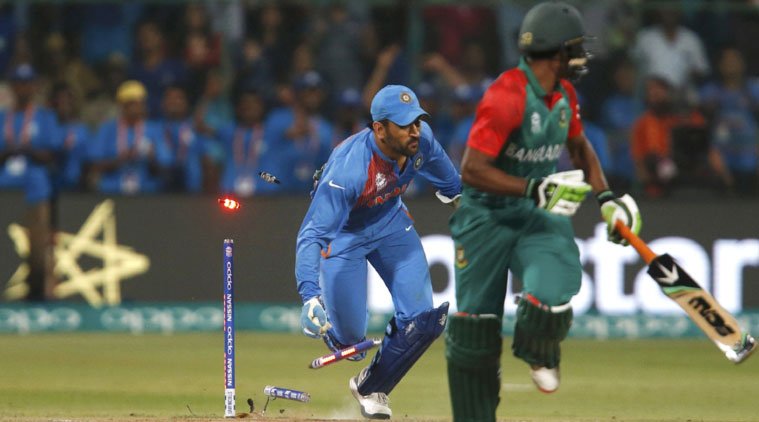 Mahendra Singh Dhoni can be marked as the fastest runner between the wickets in the world. We have witnessed his mastery at this helm, whenever he senses an opportunity to steal runs. Some experts even believe that he can beat world’s fastest runner Usain Bolt if he wears pads for running between the 22-yards.

Star Sports released a video, where Dhoni achieved a personal record for fastest sprints between the wickets. In Guwahati T20I, Dhoni was seen stealing two runs, where he recorded a mind-blowing speed of 31 kmph. Thus, he breaks his personal record.

Former skipper is excellent in converting the singles into twos and twos into threes. Recently, Dhoni took a running test at the NCA and he completed the 20-metre race in 2.91 seconds. He completed the run-a-three race in 8.30 seconds.

Outrunning @msdhoni seems impossible! Catch the analysis on his ⚡️-quick runs on #NerolacCricketLive on Oct 13 on Star Sports. pic.twitter.com/rPbtbmsKES

India-Australia will lock horn in Hyderabad for the series decider as Kangaroos won the Guwahati match by eight wickets to level the equations.