Team India is currently having an unassailable 4-0 lead in the 5-match T20I series being played between India and New Zealand. In the first four matches, India registered some thrilling wins and now they are intending to win the series 5–0 and the team has also started preparing for it. Navdeep Saini has now become a chef and is preparing smoothie for teammates.

A video of Saini and Manish Pandey has been shared from BCCI’s official Twitter handle. In this video, Saini was seen preparing a superfood. In the video, the fast bowler was heard saying, we are making a fruit smoothie, which is very healthy.

Talking about the smoothie, Saini added two scoops of protein, a banana, an apple, and some dry fruit and water. Pandey tasted this superfood of Saini. He then praised the smoothie, saying that after a long time he has had such a great smoothie.

Navdeep Saini reveals his superfood as he makes fruit smoothie for @im_manishpandey.💪😎
Watch to know how it turned out. pic.twitter.com/J9PKsLCjaB

Pandey credited the team’s attitude of not giving up as they completed the second successive match against New Zealand on Friday. He also said that the men in blue will be going for a 5-0 series whitewash in the final game.

A nervous New Zealand threw it away yet again as the Indian team took a 4-0 lead in the T20I series on Friday. The two sides meet for the final match at Mt. Maunganui on Sunday.

Talking about the win during the post-match press conference, Manish said, “It has been our motto, not only for these two matches, that till the time the last ball is bowled, we won’t give up any match. If you play with that intent you will get matches like these where you might get a Super Over, and you win from there. And now we have an opportunity to make it 5-0 and it will be really amazing to do that. We will look to go 5-0 up, that is our plan. Nobody has done it before and especially India has not done it before.” 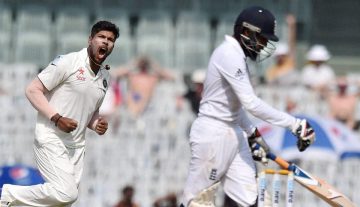