Currently, the last season’s finalists Chennai Super Kings (CSK) and Sunrisers Hyderabad (SRH) are locking horns with each other at the Rajiv Gandhi International Stadium in Hyderabad. After winning the toss, the CSK skipper, Suresh Raina decided to bat first. However, the visitors started on a decent note as both their openers, Faf du Plessis and Shane Watson started off cautiously.

WATCH – Rashid Khan Gets Raina and Jadhav In The Same Over

Watson and Du Plessis added just 41 runs in powerplay owing to some brilliant bowling by the SRH bowlers. However, the Aussies all-rounder got out to Shahbaz Nadeem in the 10th over before taking the partnership to the 79-run mark. Soon after that, even Du Plessis was also dismissed in the next over of Vijay Shankar. Even Billing got out to Khaleel Ahmed in the 15th over.

However, then, Ravindra Jadeja and Rayudu made a partnership as they added 31 runs for the 6th wicket. In the final over of the innings another controversy took place.

Jadeja got into a heated argument with the umpire, who did not call the fifth ball of the final over wide after it had gone above his shoulders. Jaddu argued that the umpire had already called ‘one- bouncer’ for the over. So if that was the case, he insisted that the second bouncer should have been a wide. Finally, the on-field umpire stood by his decision and did not call it a no-ball. Bhuvneshwar Kumar was the bowler who was bowling the all-important last over. CSK only managed to reach the total of 132/5 in their quota of 20 overs.

Here is the moment in the final over that created a controversy: 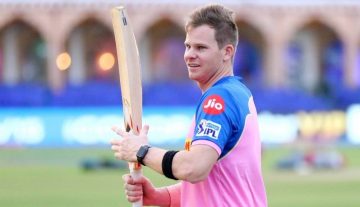