Delhi Capitals (DC) faced a narrow defeat against Rajasthan Royals (RR) in Match 7 of the 2021 edition of the Indian Premier League on Thursday. It was a nail-biting clash with Rajasthan winning by three wickets and two balls in hand. However, after the match, Delhi Capitals head coach and former Australia captain Ricky Ponting was seen speaking to the team and praised the players despite the loss. 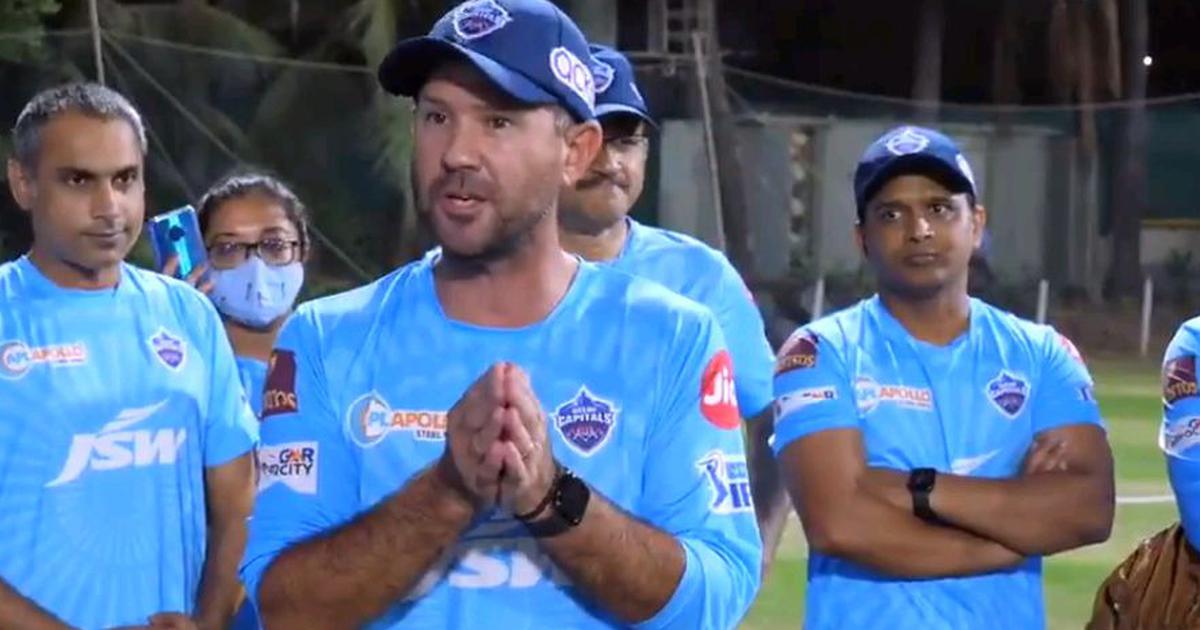 However, Delhi Capitals posted a video on Twitter where he can be seen giving motivational pep talk after the loss to RR. “What we talk about around this group is never being beaten right and keeping ourselves in the contest and we did that magnificently tonight”, said Ricky Ponting.

📽️ | @RickyPonting's Dressing Room speech after #RRvDC 👉🏻 Leave it to the Boss to lift up the spirits of the DC boys with all the positives from an absolute thriller 💙#YehHaiNayiDilli #IPL2021 pic.twitter.com/JRAkkSssE7

“In fact, up until about the 16th over mark, I thought we had them, and that says a lot about us as a group. No matter how badly we play, until they hit the winning run, we are never out of the game”, he further added.

Delhi managed 147 runs for 8 in 20 overs. Despite some brilliant bowling by Delhi bowlers, RR crossed the line in 19.4 overs, scoring 150 for 7 as well, courtesy of David Miller’s blistering fifty and Chris Morris’ onslaught. However, Ricky Ponting was happy to see as they had plenty of good things, especially Chris Woakes as the pace spearhead took two wickets in four overs while giving away only 22 runs.

“Brilliant once again it was really. Woakes, your first two overs, mate, were awesome. Two for eight off the first two, we needed you to do that and stay in the game. So, for most of the day, we did lots of things really, but the game got away. But I got to walk out with a lot of positives out of today, right? We didn’t play very well. We got beaten with two balls to spare. So, there’s so many good things to take out of it. All of our skills are in a great place,” Ricky Ponting concluded.