Bangladesh scored 54 runs without losing a single wicket in the first power play. India had success in the sixth over, but a mistake by wicketkeeper Rishabh Pant was costly. In the sixth over, Rohit handed the ball over to spinner Yuzvendra Chahal. Rishabh stumped on the third ball of the over, sending Liton Das back.

However, the third umpire caught Rishabh’s mistake and the Bangladesh batsman got his life. Pant caught the ball in front of the stump, and the third umpire was dismissed by Litton Das for no-ball. Chahal had tossed the ball up and Das had skipped down the track to go aerial but failed to make a contact and Pant whipped the bails off. In the seventh over, Rohit also dropped the catch of the same batsman off the bowling of Washington Sundar.

ALSO READ: Tickets For Maiden Day-Night Test Of India Got Sold Out In Two Days Online

Gets his gloves in front of the stumps and costs India dearly.

@BCBtigers Liton Das, who was stumped, gets a lifeline as the upmire declares it a no-ball because @RishabhPant17 caught hold of the ball ahead of the stumps.#IndvsBan pic.twitter.com/eCX7UvD3wP

How in the world can he mess up that stumping 😡

People comparing him to Dhoni😂#INDvsBAN

#askstar @StarSportsIndia
Looking the level of wicketkeeping of Rishabh Pant, do you think he's ready to fill MS Dhoni's shoes?

#AskStar why BCCI ignore MS dhoni ? & Why only give chance to rishabh pant,,there is sanju samson also @StarSportsIndia 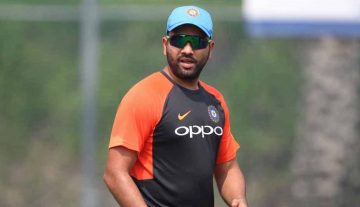