The Indian Cricket Team will be commencing World Cup campaign with two warm-up games – first against New Zealand on Saturday followed by the game against Bangladesh on Tuesday.

While completing media commitments of the tournament, the veteran Indian opener, Rohit Sharma took some time out and had a go at the ‘Steady Hand Challenge’. The Board Of Control for Cricket in India (BCCI) shared a video clip of the same on Twitter.

While the opener came really close, he failed to complete the challenge. Rohit has been high on confidence, coming back of a successful campaign in the Indian Premier League (IPL) where he led Mumbai Indians (MI) to their fourth title.

With flat pitches on offer during the upcoming competition, the three-time ODI double centurion can be a batsman whom most of the teams will be targetting. In the previous World Cup, Rohit played a crucial knock of 137 to guide India towards a victory in the quarter-final against Bangladesh.

The Indian opener had earlier stated that winning the World Cup was the ultimate dream. No doubt he would be putting his best foot forward as the tournament begins.

Rohit had further elaborated, “It’s the ultimate dream. Any kid growing up begins to nurture dreams in whatever sphere of life he or she aspires for. As a cricketer, growing up, the idea of playing in a World Cup, to be part of that team, to win it — that’s the fairytale every youngster grows up dreaming about. Look, there’s a balance one has to draw between the kind of desperation that exists within you and the calmness you seek if you’ve got to keep playing this game at the highest level. Calmness is what I need. Not desperation.” 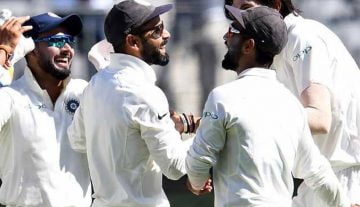