There is no doubt regarding the fact that the veteran Sri Lankan fast bowler, Lasith Malinga is one of the all-time greats of limited-overs cricket. Having announced his retirement from One-Day Internations earlier this year, the 36-year-old pacer gave everyone ample proof of his greatness by picking 4 wickets in 4 balls in a T20I against New Zealand on September 6.

No doubt, Maling has been an inspiration for a generation has inspired many young turks with his slinging bowling action, funky hairstyles and the hunger for wickets. In a video which has recently surfaced on the internet, it is claimed that a 17-year-old Sri Lankan pacer, who seems inspired by the great man, took 6 wickets for just 7 runs in a college game.

WATCH – Sachin Tendulkar Throwbacks When He Practised On Water-Logged Pitch

Playing for Trinity College, Kandy, Matheesha Pathirana can be seen bowling deadly yorkers to fox the batsmen with that slingy action. Here is the video of the same:

In the video, it is evident that Pathirana bowls with a similar slinging arm like Malinga’s and he were inspired from the legendary pacer as well. Also, his pinpoint yorkers were easily rattling the stumps of the batsmen are quite similar to that of Malinga disturbing the furniture behind the batsmen quite often in his heyday.

It is also surprising that Pathirana is doing this in his debut match for Trinity College. If the young pacer can continue like this, it shouldn’t be a surprise that he could be seen in the Lankan colors in the very near future. Earlier this year, Malinga became the 3rd highest wicket-taker in ODI cricket for Sri Lanka with 338 wickets in 220 innings with only Muttiah Muralitharan (523) and Chaminda Vaas (399) above him on the list. 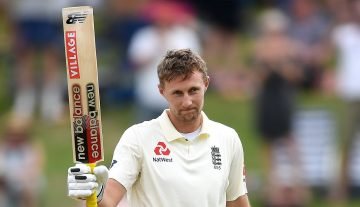 Article
By Shruti - Mar 31, 2020
Joe Root Shares His Views on the Fight against Coronavirus Pandemic