As the Rohit Sharma-led Team India are taking on West Indies in the first T20I at the Eden Gardens, the captain made headlines as his review was saved by the square-leg umpire, who called for a review of his own in the first over of Ravi Bishnoi. During that, Virat Kohli and Rohit Sharma had a chat and Rohit decided to go for the review. 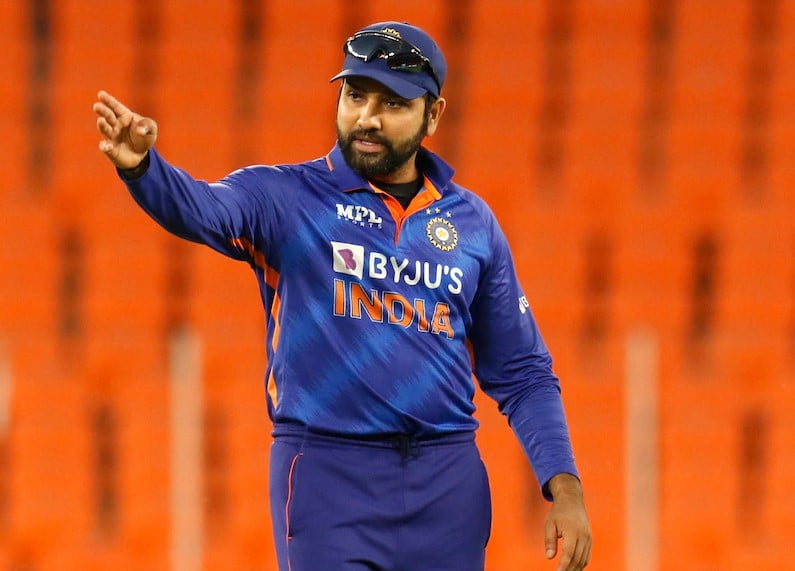 However, Rohit Sharma’s DRS call was saved after a bizarre incident which took place in the fifth ball of the seventh over of the match when Ravi Bishnoi bowled down the leg side and the umpire called it wide as well. However, Indian players were convinced that Roston Chase had edged the ball. Even Rohit took the review after Virat Kohli said he heard two noises as well. Meanwhile, the square-leg umpire had also decided to go for a review as he wanted to check for a stumping.

And, reviews showed that the batsman was well inside his crease and did not edge the ball too. So, Rohit Sharma’s review was saved as the square-leg umpire had called for that first.

Rohit sharma has to ignore Virat Kohli and Rishabh Pant to get his DRS reviews right.

Meanwhile, Rohit Sharma has taken a stunning catch to remove Odean Smith. It happened during the last over of the innings which was bowled by Harshal Patel. On the last ball of the innings, Odeon Smith tried to hit a big shot over long-off but mistimed it and Rohit grabbed a stunner running backwards just on the edge of 30-yard circle.

Some people can troll Rohit Sharma for his fitness.. But deep down everyone knows , He had never let INDIA down due to this
Love you @ImRo45 , what a catch 🥰🥰#RohitSharmapic.twitter.com/quJFnkjXOk

Here is how the Twitterati reacted to the stunning fielding effort by Rohit Sharma:

What A Catch From Captain @ImRo45 🥵
Just Ridiculous 💥
Running Back Getting Catch It Deserves 'n' No Of Like☑️#RohitSharma #INDvWI pic.twitter.com/QD0CVGUVjo