Former Pakistan speedster Wasim Akram once again left everyone speechless with his bowling on Sunday during a charity event dedicated to late Australian cricketing legend Shane Warne. Akram bowled a toe-crushing inswinging yorker to Michael Atherton, to which the former England captain got bowled as he failed to defend to the ball and it crushed his stumps as well. 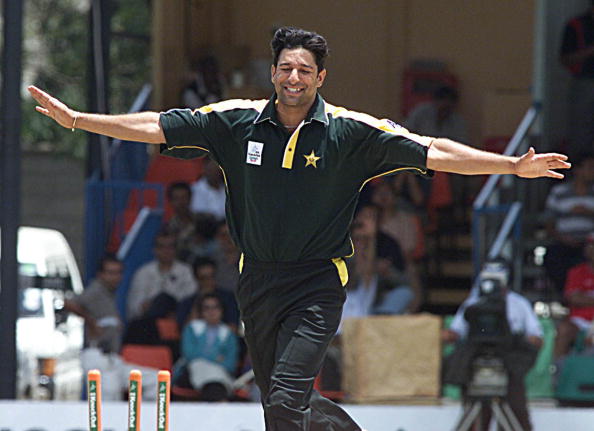 However, many former cricketers, including Brian Lara, Charlotte Edwards, Ian Bell, Monty Panesar, Michael Atherton, Neil Johnson, Wasim Akram, and others were featured in a charity event on Sunday which was dedicated to Australia’s legendary spinner Shane Warne, who passed away over two months ago as well.

During the match, Akram, who is widely known as ‘the king of swing’, left everyone surprised with a classic inswinging yorker. That too came against Michael Atherton, the former England captain, who used to have on-field battles against each other during their playing days. However, Atherton did not anticipate the yorker and as a result, he got bowled as well.

After the dismissal, Wasim Akram was seen celebrating in his trademark style and soon after, patted the bat of the former England captain in a friendly gesture too as well. Later, he shared the video of that wicket on Twitter, and posted it with the caption: “Sorry @Athersmike we might get older, but some things will stay the same!”

Sorry @Athersmike we might get older but some things will stay the same 😉! https://t.co/k2SnvKGvX5