The final of the 12th edition of the Indian Premier League (IPL) was 2019 final which ended in the Mumbai Indians (MI) winning the trophy as they defeated the Chennai Super Kings (CSK) at the Rajiv Gandhi International Stadium in Hyderabad. IPL has always been celebrated immensely in India and the same can be comprehended from the fact that online platform Hotstar created a record of 18.6 million viewership in the Final.

However, on Sunday, people’s love and admiration were seen reaching a whole new level. In general, wedding ceremonies are deemed as a special occasion and the focus stays on the bride and groom, who hog all the limelight during the occasion. Nevertheless, during one such auspicious occasion, it was all about the excitement and delight of the IPL final.

A video is going viral on various social media platforms where people can be seen watching the dying stages of CSK’S run-chase in anticipation of who’s going to have the last laugh. The game was being telecast on Star Sports 1 Hindi and the guests there started cheering when Lasith Malinga started running from his mark to deliver the final his run-up to bowl the final delivery of the heart-racing thriller to Shardul Thakur.

Malinga delivered a ball which landed straight on the pads of Thakur and the on-field umpire had absolutely no doubts in raising his finger. The veteran was succeeded in defending two runs off the final ball and he didn’t lose his cool. After Mumbai won, the guests jumped off their seats in celebration and soon started, dancing, and whistling. Such was the moment that they couldn’t be blamed for forgetting that they went to attend a wedding ceremony.

This is from one of the wedding receptions. Cricket took the centre stage. Check out the celebrations in the end.
Top commentary @cricketaakash @MohammadKaif #MIvCSK #IPLFinal
P.S: Received as Whatsapp Forward pic.twitter.com/JrvsnfCmW4

As far as the game is concerned, Mumbai won the toss and elected to bat first, but only managed to reach a total of 149 runs in their 20 overs. Shane Watson gave MI an almighty scare during the run-chase with a knock of 80 runs, but Mumbai didn’t allow the pressure to unnerve them. 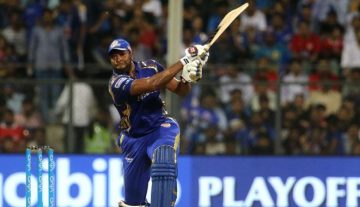