After Team India registered a record 11th consecutive home series win after taking an unassailable 2-0 lead in the ongoing Test series against South Africa, former Australian, all-rounder Shane Watson said that there was no reason why the Indian team under the leadership of Virat Kohli couldn’t replicate the domination shown by the Australian team under Steve Waugh and Ricky Ponting.

When asked if Kohli could lead this team to create some dominance over world cricket like the great Australian teams of the ’90s and 2000s while talking to icc-cricket.com, Watson said, “It is going to be hard to replicate, but there is no reason why India can’t do it.”

Watson also feels that the current Indian team has depth in all departments. He said, “There is no doubt that India has got the depth in all facets… batting, bowling, and fielding. The depth in Indian cricket is incredibly strong. It has got the luxury of having someone like a Rohit Sharma opening the batting and scoring lots of runs.”

Rohit Sharma was preferred to open the innings in both the Tests in the South Africa series. The explosive batsman impressed immediately, scoring centuries in both the innings of the first Test in Vizag.

Watson, who was Virat Kohli’s teammate at Royal Challengers Bangalore, said that the Indian skipper had done a great job as a leader of the team. He said, “He has done a great job with the Indian team. He has been playing so well in all formats. Whatever he is doing right now is certainly working and the team is responding to his leadership.”

Kohli scored an unbeaten 254, his personal best score in the longest format of the game, in the second Test in Pune, helping India to a comfortable victory. The win sealed the 11th consecutive Test series triumph at home for India. The previous record was 10 series wins in a row, achieved twice by Australia – once under Steve Waugh from 1994-2001 and then again under Ricky Ponting between 2004-2008. 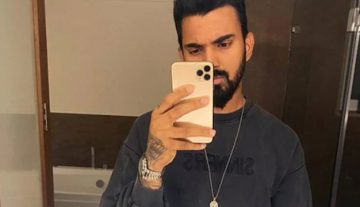 Social Shots
By CricShots - Apr 25, 2020
KL Rahul Gets Trolled For Asking People About His Hairdo