Former Australian captain Steve Waugh’s manager, Harley Medcalf, has done an incredible job of lending his hand of support for the disabled cricket players of the Physically Challenged Cricket Association of India (PCCAI). Due to the coronavirus pandemic, many industries including the sports industry come to a halt.  Many players, officials, and support staff of teams are suffering from no cricketing action due to the COVID-19 debacle.

During these tough times, Medcalf has managed to raise INR 5,000 has been granted to close to 30 physically-challenged cricketers. According to the reports of Times Now, the money has been sent to the bank accounts of the cricketers directly to help them financially.

PCCAI and Medcalf’s relationship and the association began a long time back. It was during a time when the former Australian skipper Steve Waugh was a tour to India. The Australian cricketer was highly impressed with the set up which was built for the development of cricket for disabled players.

During this meeting, Harley Medcalf and Ravi Chauhan, Secretary of PCCAI started to know each other. However, after that day, they even kept in touch with each other.

After getting to know about the tough times through which the cricketers were going through amid the COVID-19 pandemic, Medcalf decided to raise funds for these cricketers and the effort saw him collected an amount of INR 1,50,000.

The lockdown period has been hard on everybody. Every industry has taken an economic hit during this situation. People who are connected with sports for their financial needs have suffered a great deal of trouble because of the current situation.

Ravi Chauhan, Secretary PCCAI, praised the effort of Harley. He thanked Waugh and Medcalf for what they did for the disabled players. “During a chat with Times Now, Chauhan said, This just shows that Steve Waugh and his manager care for every disabled player. Every help is God-send for these players and they will always be thankful for this gesture of the Aussies.” 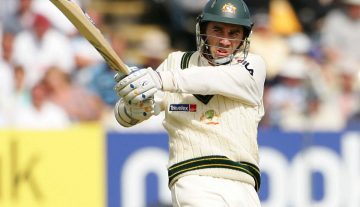