On Thursday, the official account of the ICC Cricket World Cup revealed the complete list of the commentators, who will be analyzing the games during the 46-day mega event and the panel comprises of three Indians. Harsha Bhogle and former India cricketers Sourav Ganguly and Sanjay Manjrekar are among the team of 24 commentators for the ICC World Cup 2019.

The squad also has three women – former England cricketer Isha Guha, former Australia cricketer Mel Jones and English commentator Alison Mitchell. The tournament will commence on May 30 at the Kennington Oval where hosts England will be locking horns with the four-time semi-finalists, South Africa. It will be followed by the battle between the former champions Pakistan and West Indies at Trent Bridge. The men n blue will commence their campaign on June 5 when they will meet South Africa in Southampton.

The commentary squad also has a couple of West Indians in Michael Holding and Ian Bishop and former English cricketers like Michael Atherton, Nasser Hussain, and Ian Ward. New Zealand is represented in the group by former players Simon Doull, Ian Smith, and Brendon McCullum. Former South Africa captains Graeme Smith and Shaun Pollock are also present in the unit.

ALSO READ: Kohli And Pant Gets Badly Trolled For Their Latest Commercial

Star Sports will broadcast the games in India and it has confirmed that it will telecast all 10 warm-up games as well between May 24 and 28.

The Indian team will be led by Virat Kohli and he will become the seventh skipper ho is the seventh captain to lead the Men in Blue in a World Cup after Srinivas Venkataraghavan, Kapil Dev, Mohammad Azharuddin, Sourav Ganguly, Rahul Dravid, and MS Dhoni. They have won the tournament twice in 1983 and 2011. 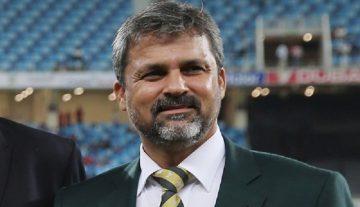