The Indian leg-spinner, Yuzvendra Chahal is raring to play his maiden 50-over ICC World Cup, scheduled to commence on May 30 in the UK. According to the early signs, the tournament is expected to witness some really high scores due to flat decks in England and Wales. However, Chahal has no concerns regarding the flat decks that are expected in England as he is used to playing on such a track in Bengaluru.

Talking about the same, Chahal said, “I am not at all worried about the flat tracks in England as we are used to playing ODI cricket on flat tracks. And please don’t forget that I myself play a lot of matches every year at the Chinnaswamy Stadium, which is one of the best batting tracks. And also when we are talking about flat tracks, if as a bowler I am under pressure, even the opposition bowlers will be under an equal amount of pressure when we would be batting.”

ALSO READ: Shakib believes they have a chance of winning the tournament

Chahal’s biggest asset has been his courage to flight the ball even when the batsmen are going for him and that’s the mindset which helps him against hard-hitting batsman like Andre Russell and David Warner.

The leggie explained, “Against the best batsmen, you can’t have a defensive strategy. When you are bowling to a Russell or a Warner, you shouldn’t think about containing them. They are such players, you have to attack them and in my mind, every delivery that I bowl to these players is to get them out. I want each and every ball that I bowl to be my best delivery.”

Recently, the Australian batsmen pushed the Indian wrist-spin duo of Chahal and Kuldeep Yadav out of their comfort zones, handing a rude reality check, but Chahal is confident that one indifferent series will not affect his and Kuldeep’s approach during the World Cup. Despite his brilliant performance in New Zealand, Chahal played only one game against Australia, where he was unlucky as fielders didn’t support well before Ashton Turner took him to cleaners.

Talking about the same during an interview with PTI, Chahal said, “I don’t think we need to worry too much about the Australia series. We have played enough matches against them. Obviously, you can’t win every game that you play. The manner in which Australian batsmen played us, they deserved to win. We should laud their effort and try to do better when we face them next time.”

In the 2-3 defeat against Australia, the batman was able to read Kuldeep and Chahal easily and the duo got to play together in just one game. It was Ravindra Jadeja who was favoured ahead of Chahal. 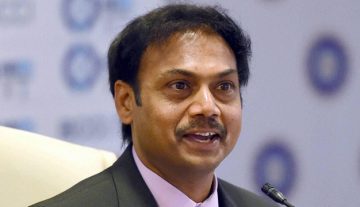