Legendary Indian cricketer, Sachin Tendulkar as always been known for holding various records in international cricket (ODIs and Tests). The master-blaster made his debut against Pakistan at the early age of 16, but developed into a generational talent, going on to entertain cricket fans for a course of 23 years.

Former Indian skipper holds a plethora of records under his belt and one such milestone was breached on March 31, 2001, when Sachin became the first player to suppressed the landmark of 10000 ODI runs. The incident took place during a match against Australia in Indore. For a long time, Sachin held on to the feat, until the Indian skipper, Virat Kohli surpassed him and while the former took 259 innings to reach the 10,000 run figure, although the latter reached there in just 205 matches for India.

After Tendulkar became the first to reach the humongous figure, there are currently 14 batsmen in ODI cricket who have managed to breach the 10,000 run mark in ODIs. Back when Sachin achieved the same, he went on to score 139 runs in the fixture versus Australia, helping the Men in Blue to a win by 118 runs.

On Thursday, the former Indian skipper appealed to his fellow countrymen on Twitter, to stay at home, and follow the guidelines issued by the government, as the country tries to battle Coronavirus Pandemic.

Sharing a video on the microblogging website, Sachin wrote, “The government and doctors are the best judges on how to handle COVID19. Everyone should adhere to their treatment advice.”

In the video, “As we go through a tough phase, it is important that all of us co-operate with each other. There are reports of patients running away from hospitals after being tested positive or those who have been advised to follow the home quarantine instructions are roaming outside.” 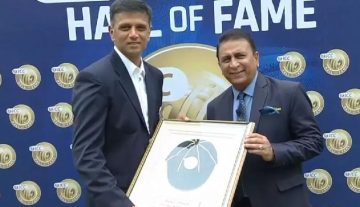