While a person usually has been called with his real name, nicknames have been created on his typical character or some memorable moments with him or else something special. Like every people, mostly familiar/famous cricketers also earn their nicknames from the fans or team members due to some special moments. Sometimes it goes viral as everyone comes to know about it and becomes unforgettable, and sometimes it becomes forgettable due to rare uses those nicknames. 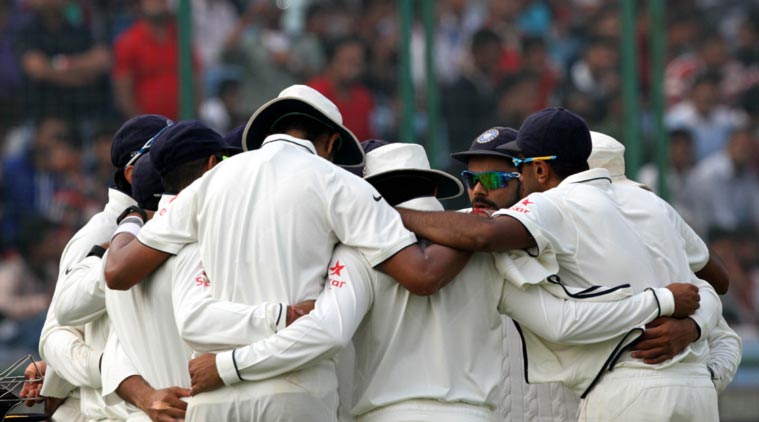 Recently, a Reddit user has come in front by asking ‘Best nicknames in cricket?’ The user also shared a story where the English pacer James Anderson earned a nickname of “the Burnley Lara” after playing a match-saving innings in a Test match.

It was the incident during India tour of England in 2014. It was the opening Test of the five-match Test series between England and India at Trent Bridge (Nottingham). After India managed to put a 457 total in the first innings, England was once struggling on 298/9 and was very close to finish with a huge trailing at the end of the first innings fights.

However, the Burnley-born Anderson stunned the cricket world through his bat and delivered a long innings with Joe Root for the last wicket that saved the game for the team. While Root was not out on 154 runs at the end of that innings, the left-handed batsman Anderson scored 81 runs off 130 balls (17 fours) and provided a brilliant 198-run partnership for the last wicket that helped England to score 496 runs at the end of the innings. Instead of finishing with trailing, England had a 39-run lead at the end of the first innings fight.

His innings helped the English team to save the game as the Test was drawn and Anderson won the Player of the Match award who took total four wickets (3/123 & 1/47) apart from that crucial knock.

James Anderson, who has never scored another half-century in his entire professional cricketing career, stunned the cricketing world with his left-handed batting skills from which Indian cricket team didn’t get a relief. For that innings, Anderson was referred as “the Burnley Lara”.

The Reddit user wrote on his post, “Inspired by a comment on another thread referring to James Anderson as “the Burnley Lara”, I thought I’d start a thread about the best nicknames in cricket. Funny, ironic, poetic, nicknames that capture the true essence of a player – let’s hear them!

“I’d like to contribute a recent one that I find amusing – Cameron “Ironcock” Bancroft (although it’s probably not used outside this sub).”

Like that, Indian cricketer Virat Kohli also earned a special nickname for a special reason.

It was the incident during the semi-final of 2016 ICC World T20 between India and West Indies at Mumbai where India lost the game despite putting a 193-run target in front of their opposition but the right-arm medium Kohli picked up a wicket in a crucial time. He also bowled the last over of the game where he had to defend eight runs but failed on it.

The Reddit user wrote, “Koach for Kohli. Interesting how this came about: After Kohli bowled the last over in the t20 world cup semi-final against WI, bowling legend Kemar Roach commented that Kohli’s fiery off cutters reminded him of his young self. He even gifted Kohli the match with his signature. From that day on people have been equating Kohli to Roach, Kohli+Roach=Koach.”